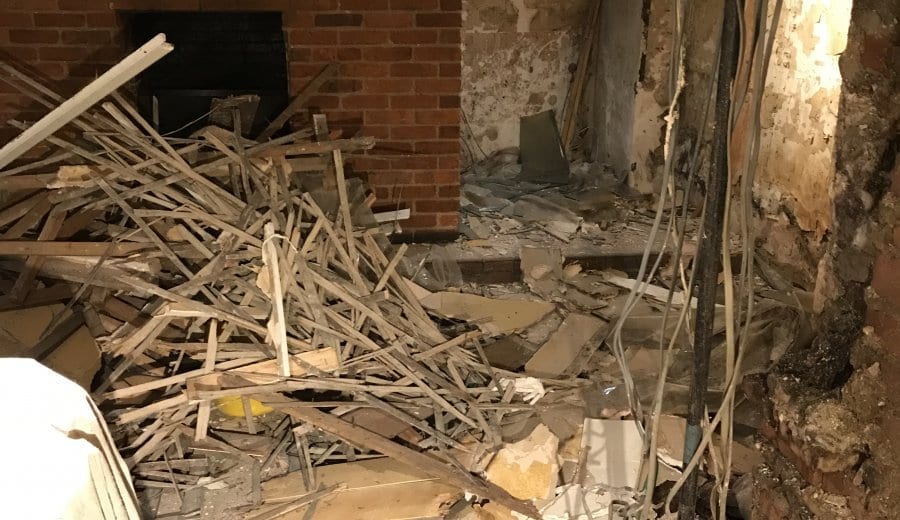 Based on initial advice, we were hopeful that we would be able to re-open the pub again in mid November. Following further tests to the building on Friday, we have now been advised by the various experts involved that this won’t be possible until the New Year due to the amount of water damage that resulted from saving the building from the fire at Cycle King a few weeks ago. Unfortunately old, wet buildings take a long time to dry out and the damage to the Cycle King roof has increased the original time estimate for this process so work to reinstate the interior of the pub as it was can’t begin yet. This is not the outcome we were hoping for but we wanted to let you know as soon as possible.

Naomi and the team have been in touch with all of our customers with bookings between now and Christmas and arrangements are underway to transfer those bookings to The Cadogan or The Crown or to refund Christmas deposits already paid.

We look forward to opening our doors to you again as soon as we are able to in 2018 and will update you further as soon as we have a clearer idea on dates.

Thank you once again to all of our team and to our customers for the many kind words of support and encouragement we have both received during the past few challenging weeks.

Listen to our interview on BBC Radio Suffolk 23rd October

Sign up to receive email updates about our pubs and brewery. We won’t bombard you and you can unsubscribe at any time.

take a look at our sister sites: